BEIJING, Aug. 30, 2022 /PRNewswire/ — The 5th Forum on China-Africa Media Cooperation (the “Forum”), co-hosted by the National Radio and Television Administration of China, the People’s Government of Beijing Municipality and the African Union of Broadcasting, concluded successfully on August 26 in Beijing, China. 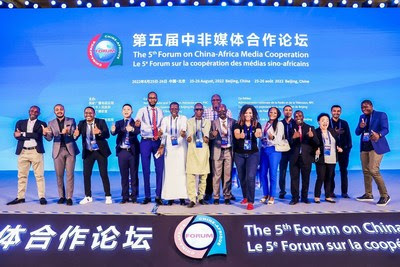 Founded in 2012, the Forum has been a key platform for Chinese and African media to facilitate extensive and in-depth cooperation in broadcasting, including key projects such as screening seasons of excellent Chinese TV series in Africa, co-production and co-broadcasting of TV content, installing satellite TV for 10,000 African villages and more. More than 3,000 professional broadcasting talents have received training from the Chinese media.

The Forum also published a joint declaration that reviewed and summarized the decade of achievements of China-Africa media cooperation as well as mapped the prospects and expectations for future media development.

ThreatLocker® Unveils the Future of Zero Trust with New Products